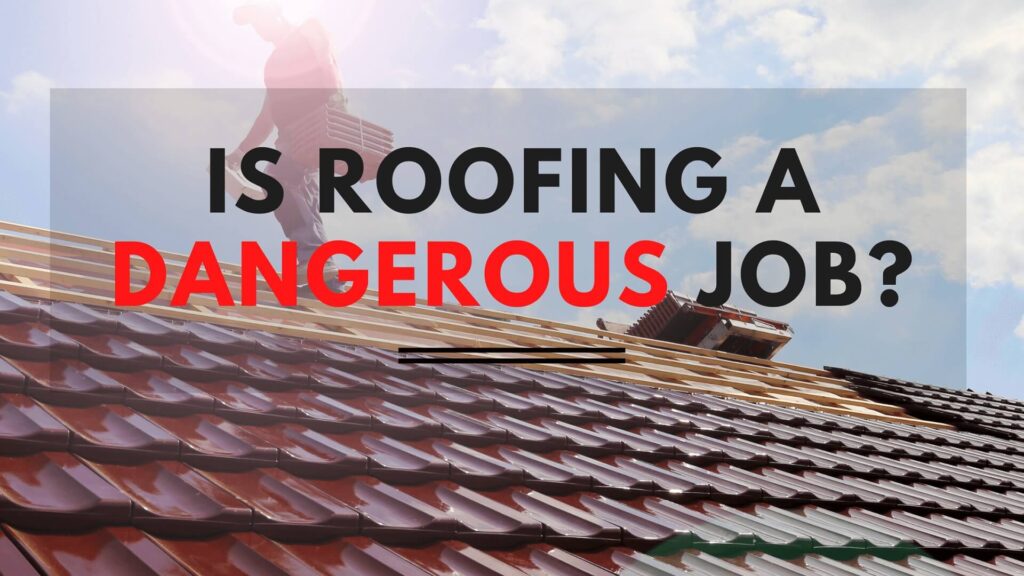 Is Roofing A Dangerous Job?

Is roofing a dangerous job? This is the kind of question that many people, especially those that wish to join this profession ask themselves. There are so many sides to this story to this discussion but the simple answer to this question is yes, this indeed is a dangerous job.

There are so many things that you can tell why this is one of the dangerous jobs we have around. One of these factors is the kind of gear the people working on contracts like this put on. For any roofing process that there is you will always find people with heavy treaded boots, some ropes as well as rope grabs.

These people dress mainly this way because of the risk that comes with this job. As a matter of fact, we have had so many cases in the past where people working on roofing processes fell from the top of the buildings, they were roofing with some of them sustaining some serious injuries that even claimed their lives.

Clearly, from these illustrations, we can tell that roofing is such a dangerous job that has to be carried out carefully by people who have the required level of experience at this kind of job. The essence of this lies in the fact that we have had so many cases where people had to battle lengthy court battles that resulted from injuries occurring from roofing processes.

This is one of the things you need to try and avoid at all times and one way of doing that is by choosing to work with a company that is well insured against such possibilities. Working with such a company means that in case of such an accident then the affected people will stand full compensation from their insurer.

This means that in case of an accident you will not be held liable for the incident and forced to compensate the affected people. There are so many scenarios that highlight just how dangerous the process of roofing is which is also what we need to look at shortly.

This risk becomes even more bigger and pronounced when roofing a much taller building like those commercial structures you see in town. Falling from such a tall building leaves one with a very slim chance of survival.

In many cases, falling is the most obvious hazard that comes with roofing processes. In fact, it is very hard for people to think beyond falling when it comes to roofing hazards. However, second to this is the risk of electrocution where you find some people because of one reason or the other find themselves being fatally electrocuted to an extent that some of them lose their lives.

The process of roofing comes with its fair share of hazards. Listed and explained above are some of these hazards which make this process somehow risky. Therefore, if you intend to carry out a roofing process it is very important you look for the best experts in the business to help you with this process.